Check out what is going on in Weeloveyachting 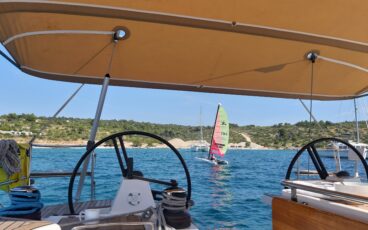 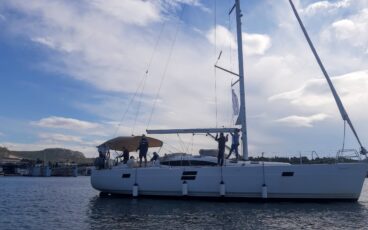 Winter laziness? Not with us! 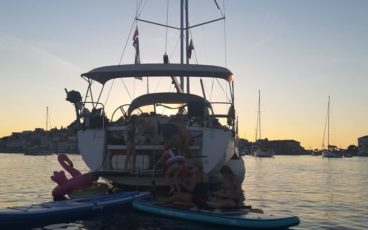 Last chance to charter our Elan 494 ROMANA III in Croatia 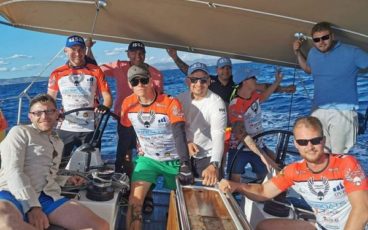 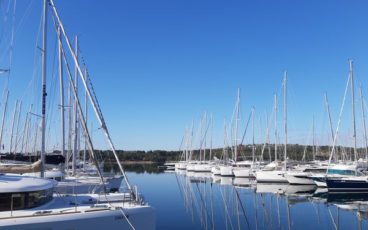 Starting the charter season and cruises in Croatia 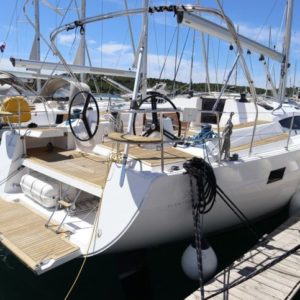 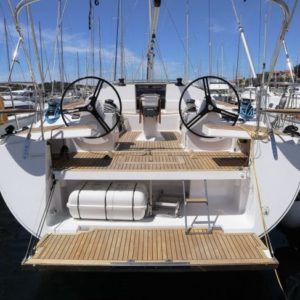 We invite you to our richly equipped, beautiful and modern yacht ELAN 494 Impression – Romana III. It is a very fast yacht, which has many thoughtful solutions, providing a lot of joy not only from sailing, but also from living on it. The spacious cockpit with seat cushions provides the crew and guests with excellent comfort. Moreover, the two steering wheels and ergonomic layout at hand create the perfect place to work for the entire crew. It is a 6-cabin yacht with a length of 14.85 m.  The comfortable equipment such as an autopilot, a bimini, cockpit speakers, the Wi-Fi internet, a gas stove with an oven, a refrigerator and a refrigerator in the cockpit, a bathing platform with a shower or a spoke, will ensure great conditions on the boat.

A Yacht charter and a sailing cruise is in our opinion the best form of leisure. At Romana III we offer you two charter options: renting a yacht with our skipper or with a skipper trained by Opensailing, or by one of the other school cooperating with us (for regular clients).

Our charter offer is unique because, unlike all the other charter companies, our rental week starts and ends on SUNDAY. During the summer holiday season, this will allow you to avoid traffic during the trip and crowding in the marinas.

Unlike most charter yachts stationed in Croatia, our yacht has the equipment and the necessary documents (permits, insurance) to allow navigation outside the territorial waters of Croatia. Therefore, the yacht chartering with a trip to other waters is also possible, by prior arrangement. On short flights you can visit Slovenia, Montenegro or Italy. During the winter season, we recommend sailings to Cyprus or Israel.

Cyprus impresses with beautiful mountains views, the sea, olive groves, cypress forests and eucalyptus plantations. It is a great place that allows you to enjoy the time spent on a yacht, not only during the holiday season.

OPENSAILING offers yacht charter in Cyprus, an island in the Mediterranean Sea, close to the coast of Turkey, Syria and Lebanon. This country, a member of the European Union since 2004, has a turbulent and rich history, which translates into its tourist and cultural values. There 3 UNESCO sites on the island. The Mediterranean climate of Cyprus with very mild winters and warm summers (over 300 sunny days a year) means that the sailing season is here all year round.

In Cyprus, there are many beautiful, sandy beaches awarded with the Blue Flag, like the one in famous resort of Ayia Napa, Fig Tree Bay and Protaras. On the southern coast, you can admire the cliffs with picturesque coves. The most interesting cities are Nicosia, Limassol, Paphos and Larnaca, where the charter begins and ends. Marina Larnaca is located in the city itself and there is only 7 km from the airport. You will reach Marina Larnaca through the Foinikoudes promenade, with its many shops, restaurants and cafés. Along its way grow palm trees planted in the 20s of the twentieth century. The marina has at its disposal 450 moorings, showers, toilets, laundry facilities and a gas station. In the vicinity you will find many great restaurants and hotels.

Cyprus also offers attractions with a hint of mystery. A must-see on the route is Aphrodite’s rock. Legend has it that the goddess was born of sea foam right here, off the coast of Cyprus. In Marina Larnaca, a real treat for divers is the sunken wreck of the Zenobia, which sank in the local bay in 1980. The other legend in Cyprus tells of the Ayia Napa sea monster, which is said to be the most common in the depths of Cape Greco. It is the southernmost tip of the island with the National Park, a turquoise lagoon and a rock bridge.

WEELOVEYACHTING offers yacht charter in Croatia, a country characterized by diversified coastline, with many islands, picturesque bays and attractive harbors, which is unique on a global scale. The most beautiful Croatian port is Sibenik, a town located in Dalmatia, on the central coast of the country, at the estuary of the Krka River into the Adriatic Sea. The most characteristic building of this city is the Stone Cathedral of St. Peter Jacob, which is a UNESCO World Heritage Site.

Our yacht is located in Marina Mandalina Sibenik, which is located in a natural bay on the outskirts of the city, between Zadar and Trogir. It is connected to the sea by a beautiful St. Anthony Channel. Marina can accommodate 430 yachts and as one of the few Croatian harbors also accepts mega yachts. In 2015, D-Resort Sibenik with hotel, SPA, villas and yacht club was built here. It is the first marina in Croatia to receive the Five Star Diamond Award for location, hospitality, high standard of service, extensive infrastructure and cuisine.